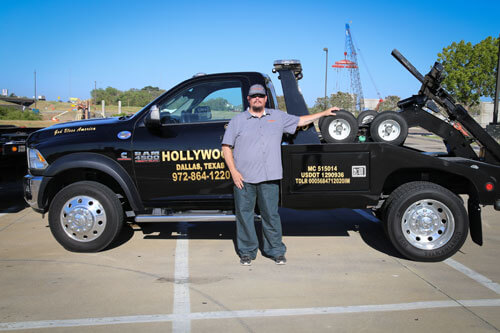 When you need a tow, a wrecker is a welcome sight.  But being stuck behind a slow tow truck can be frustrating.  Just be patient and remember that they’re going slowly for everyone’s safety.  And if you see a tow truck stopped on the side of the road (or anyone needing roadside assistance for that matter) do your part in keeping everyone safe.  It’s easy to remember the 3 steps to take and the order to take them.

Did You Know? On average one tow truck operator dies on the job each week. That’s often due to the carelessness of other motorists. 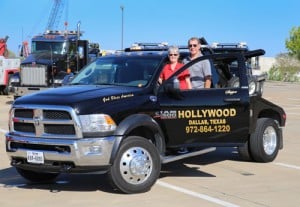 Being a tow truck operator is a risky job, especially during poor weather and slick roads.  They deserve some extra respect and caution.  Doing your part to keep them safe and avoid an accident yourself is actually quick and easy.  The problem is that too many people don’t recognize the high risk for accidents.

The same safe driving advice also applies to all stopped emergency vehicles as well as to vehicles stopped in need of roadside assistance.  If you see a wrecker approaching or just ahead, drive defensively and make some extra room.  Remember, they’re likely traveling more slowly than prevailing traffic.  Also, just like with heavy trucks, never cut in front of them.  That creates added risk to the wrecker and the vehicle they’ve loaded or are towing.

Yes, tow truck operators should have warning lights turned on and have set out cones.  Yet there have been so many accidents to emergency responders that a Texas “Move Over” law was passed in 2003.  It specifically addresses police, EMS, and Texas Department of Transportation vehicles along with tow trucks with emergency lights on.  Many other states have similar move over laws.  The Texas law was updated in 2011 to specifically include stationary tow trucks as well.

You’re legally required to move over or slow down to 20 miles per hour below the posted speed limit until you’re past the emergency vehicle.  If the posted limit is 25 mph or lower you must slow to 5 mph!  At present fines start at $200 and can go up to $2,000.  In 2017 the State of Texas issued 10,650 move over warnings and citations.

And, yes, such accidents have dropped since the law was enacted.

“Everything was great…… thank you for your service”