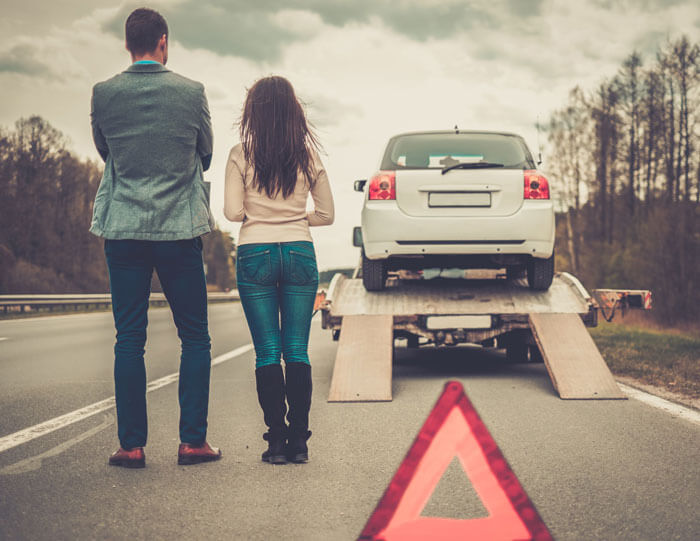 You may not know it, but the Texas “move over law” applies to tow trucks.  It has for many years.

It’s just common sense that drivers should be extra cautious when going past road construction or an off-road emergency vehicle, either vacating the closest lane or slowing down.  But with so much time spent on the road far too many drivers simply don’t seem to take notice.  With our employees’ and clients’ safety on the line, those of us at Hollywood Towing want you to be well aware of what’s at stake.

It’s Not a Small Problem

In the last decade these sorts of ordinances have been enacted across the country to solve a big problem, bigger than most people realize.  Records from NIOSH show that in 2005 alone 390 roadside emergency workers were killed (http://www.moveoverlaws.com/ ).  That’s 7% of all fatal work injuries — 1 out of every 14!  FBI data shows that such accidents are also a major cause of death for law-enforcement officers.  Even with those alarming numbers it appears that drivers pay more attention to officials than others.  Perhaps the most surprising statistic is that the casualty rate for tow truck operators is 9 times that of other emergency responders.

Knowing all that it’s no surprise that with Hawaii sealing the deal in 2012, all 50 states now have “move over or slow down” laws for emergency vehicles.

For Texas motorists, the specific ordinance is Texas Transportation Code 545.157 regarding passing an authorized emergency vehicle displaying flashing lights (http://www.moveoverlaws.com/texas-move-over-law.htm).  As first passed in 2003, it applied to first responders, such as law-enforcement as well as emergency vehicles such as ambulances and fire trucks.  Including towing and recovery trucks was added in 2011, and in 2013 it was expanded again to include Texas Department of Transportation workers.

In brief, the law requires drivers approaching an incident to vacate the lane closest to an emergency vehicle whenever it’s possible to do so safely.  Otherwise they must to slow to 20 miles per hour below the speed limit, or to 5 mph where the limit is 25 mph or lower.

Just like speeding or other unsafe driving you can be ticketed.  Failure to follow the practical safety practices is a misdemeanor violation, and could result in fines up to $200.  If the violation results in property damage that fine can go up to $500.  And if it results in personal injury you could even do jail time.  As an important life-saving issue, the law is enforced.  The Texas Department of Public Safety issues more than 10,000 warnings and citations each year.

At Hollywood Towing part of our job is keeping everyone safe.  If you need a tow or roadside assistance, stay in your vehicle whenever possible.  If you’re driving and see flashing lights or anyone outside of their car or truck near the road or highway, don’t even think about what vehicles are or aren’t covered by our move over law.  Just do the right thing.

In ride-alongs our staff has personally seen how so many motorists fail to move over or even slow down.  And that includes including big drivers.  So be safe and considerate, and you’ll avoid a ticket and a ding on your car insurance.

Just had my car brought home by a great guy backed up by a seemingly also great company and now the only towing company on my phone...thanks Scott D.