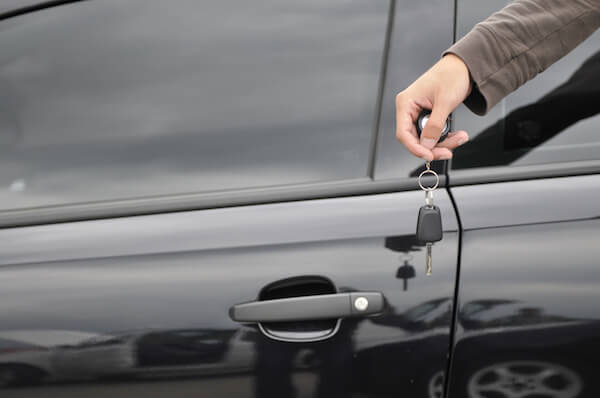 Have a dead battery and need to jump start your car?  First things first.  Before you pull out the jumper cables, make sure you actually have a dead battery.  If you turn the ignition key and nothing happens, check that the battery terminals are connected tightly.  If they are, then you most likely do need a jump start.  If the dash board lights up but the engine turns over very slowly, then a low battery is the most likely culprit.  If you hear nothing or just a clicking then it could be an electrical problem or a low battery.

Before you go asking strangers for a jump or agree to give someone a boost, there are three areas of concern to consider.

Stranger danger applies to adults too.  Although you’re stressed and want to get going quickly, think twice about asking a stranger for assistance, particularly if you’re far from home or not in the best part of town with lots of people around.

There’s also a risk of ignition from the jumper cables sparking and causing an engine fire if there’s an oil or gasoline leak.  And suddenly putting a lot of current into a lead acid battery (the type used in all gasoline and diesel vehicles) releases hydrogen that can potentially explode.  Fortunately these extreme cases are pretty rare.

Yes, although not all that common a jump start can damage either the vehicle being charged, the vehicle providing the charge, or both.

Unlike a decade or so ago, today’s vehicles have lots of on-board electronics that are much more sensitive than prior electrical systems.  It’s possible to harm one or both vehicle’s electronics with an over-voltage condition, and especially by the voltage spikes caused by “load dumps.”  Even the headlights on some makes and models can be damaged, although the the headlights on both vehicles should be turned off while jump starting.  It’s also possible to overheat the donor vehicle’s alternator.

A cross-polarity or accidental short could leave both batteries dead.  Or start a fire or explosion.  But hopefully fuses will protect against these worst-case events.

If there are friends or family nearby, a do-it-yourself jump start is a quick solution or a big first step in diagnosing some other problem.

Otherwise calling a tow truck for roadside assistance is the fastest, safest, and most dependable way to get your car started.  They can also check the battery, connections, and alternator to help guard against further troubles.

“I must say your company responded in a very timely manner….. the driver was very pleasant and very professional…… it was very apparent that your employee was someone a person could trust and be at ease with……”